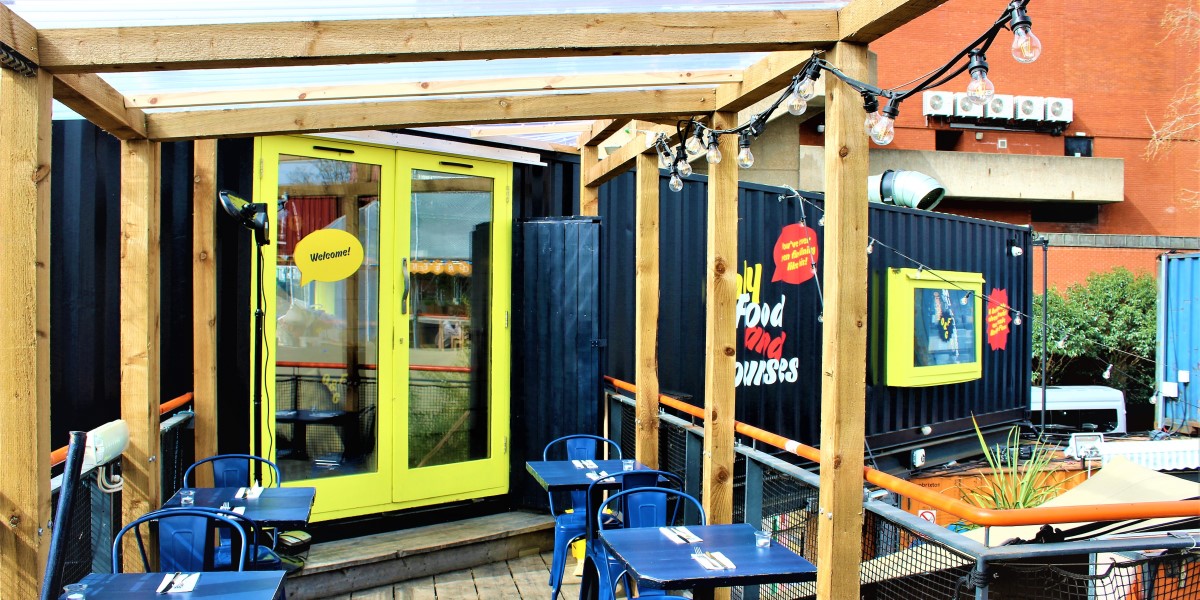 The Brixton-based Only Food and Courses recently launched a special themed tasting menu paying homage to the Only Fools and Horses TV show, which celebrates its 40th anniversary in September. Developed by founder and chef Robbie Lorraine, the six-course tasting menu is inspired by characters and one-liners featured in the popular sitcom, with dishes including Del Boy’s favourite duck à l’ orange and a millionaire shortbread.

It will also feature a selection of nostalgic Nags Head bar snacks such as vol au vaunts and cheese and pineapple, as well as Del Boy’s favourite pina colada cocktail in the form of a palate cleanser. The dishes will be served throughout September.

Only Food and Courses is a restaurant based in a 40ft steel container in Pop Brixton, serving Lorraine’s take on British classics and street food favourites. Its food and interiors are inspired by popular culture and culinary trends from the 80s and 90s.

Lorraine is a multi-award-winning chef who has worked at high-profile restaurants, venues and events ranging from Roux Fine Dining, The Shard, Royal Ascot, and Chelsea Football Club. Throughout his career, he has cooked for dignitaries from the world of business, sport, music and royalty.

He said: “As mad as it sounds, the show has played a massive role in my life and I’m really pleased to be able to mark its 40th with a menu that celebrates how brilliant it was. Food for me has always been about having fun, so I’m really chuffed to be able to put some of these dishes on our menu.”

Only Food and Courses launches at Pop Brixton